What's on your mind?

The chocolate liquid is epic, but where is milk...? 🤔

Page for each one, categorized as "removed"
One page describing all features in a table
Ignore them

So i was using the create mod but this is happening, idk why but its weird 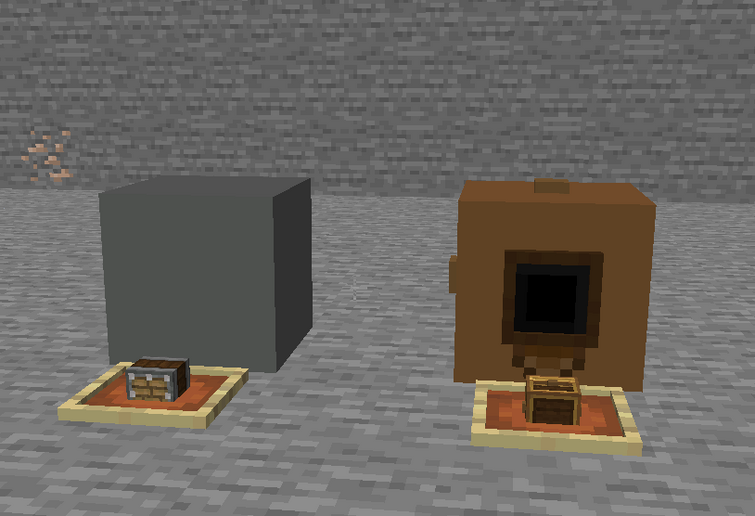 Ive been trying to make a cookie factory and the only way i see is to use automated crafting,anyone know any other ways?

Is there a way to use the mechanical crafter and hoppers to craft buckets? I'm trying to make an automatic bucket maker for my chocolate factory and it's not working. Can someone help please? Thank you in advance

Would anyone mind telling me how to make or edit your own templates?

Can anyone share me a link to the actual download for this? Ive looked around and have not been able to find one and I really wanna use it

So, I´m playing with friends and one was hiding signs and other stuff for me to find

So he gave me a copper vave handle and said if I know where to put it, I basically won

But where could I put it? It has to be where numbers appear maybe or a secret door opens?? I´m not good in create life and the others do the crafting stuff, so idk what options I have

So if anyone knows what I could do with a copper vave handle , that leads to finding any sort of secret (like numbers) it would be nice

Cause its sad that I cant solve my friends riddle

So I've been making a little auto-burger machine with create mod. To make one I have to cut some beef using cutting board from Farmer's delight. My top deployer sets beef in place and the bottom one cuts it (picture 1). Howewer, the "knife" deployer must do its thing only once or else the knife gets placed on the cutting board. I used gearshift sequencer for this with these settings

(picture 2). As a result, the deployer completes first cycle without any problems, but it slips on the next ones (doesn't retract fully and leaves a weird gap) (picture 3).

Please help me make it work.

P.S the top deployer's shaft direction on the first picture was fixed and isn't related to my problem 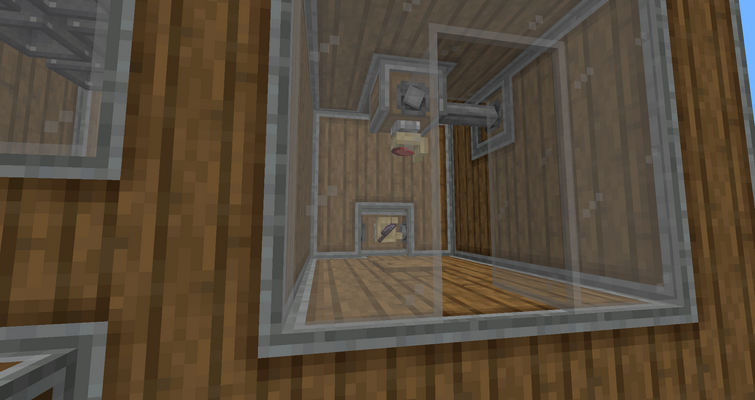 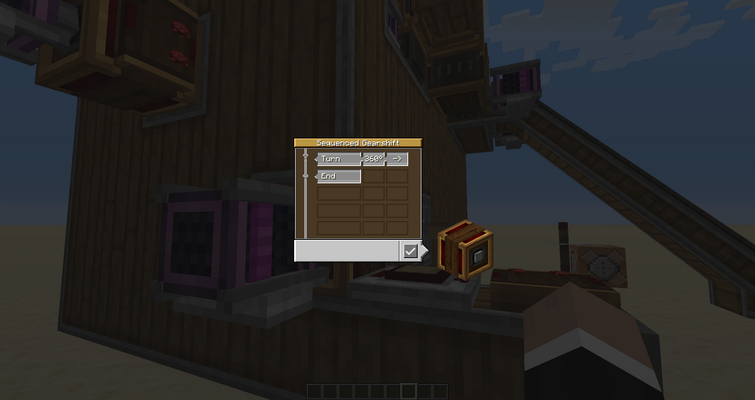 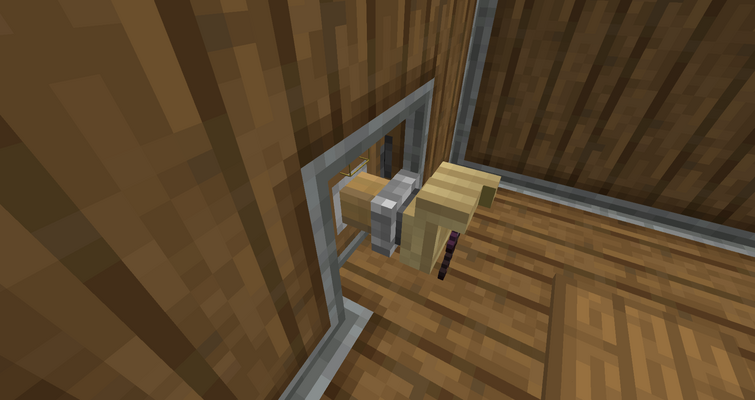 Tcot is also known as the creator of tanks and its not a OC or character and Its meant to be a true God which is beyond immeasurable or any mathematical infinities and cardinals he is the god of Wot cosmology and created it he also doesnt had limit and every form he uses he get strong and his base form is equal to xAnti44Az while tcot has above everything than unlimited form hes only using a lowest underestimated% form and created itself infinitesimal in existence and non existence he has no feats and abilities hes really a god and can do beat everything and solo the entire fiction and irl. Itself doesnt need to move to control reality, and he can also beats xAnti44Az In True Creators formed only the Last form he has its the rage form which is the only possible form he has to use to defeat everyone, either the True Creators formed is not meant to be use always because thats only a fusion form to make him strong asf and he can barely try it but not to use for someone to fight with because also that form is really theoritical which is if he uses the form he would lost all restrictions and including life and existence and hes equally to Jesus which is on True Creators formed. The base form is also strong enough to beat the entire fiction hes also above it and everything, but someone is only equal to it name Infinitycraftie which is the God of avaritia and just created itself the same as tcot and they both are equal and not tcots opponent. Tcot is above everything and he has no author. It also prove to not follow logic and not above boundless or below infinity its everything considering it never had a limit which is pretty boundless.

Origin: Beyond None notable

Feats: Beyond None notable

Weaknesses: Beyond None Notable

Limits: Beyond No limits

Tcot is a God of Wotverse cosmology and he created it to spawn all the tanks he created, and itself just give Infinitesimal to exist and the "Ultimate Supreme God Alpha Omega Eternal Creator Of Everything" hes also The God of The White plain and doesnt had a limits or its beyond and considering its not even below infinite or boundless is a same level as Anti44Az in Tcots base form. 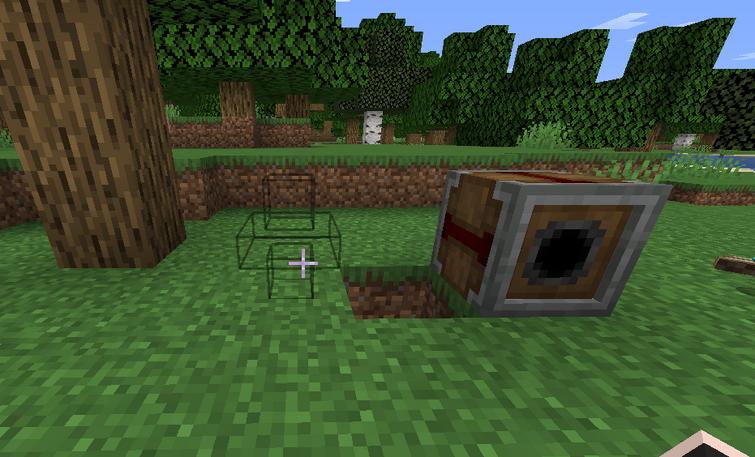 I have forge 1.16.5 and create but it still wont work. My game just crashes plz help :(

The instant I activate it my game crashes and if I try to load that world again it crashes. This destroyed the survival world that I put a lot of time in and made these completely unusable. really annoying fix fast.

How do you apply rotational force to it to fill it?

I have all the ingredients, all the heat, and all the speed. What might be wrong?

I was wondering if there was a way to configure Create, possibly through data-packs, to allow liquids from other mods to be used for washing/splashing process with the fans. Would this be possible? For context, I'm trying to wash something in the nether.

How do i change configure numbers? Like I wanna make this message disappear: 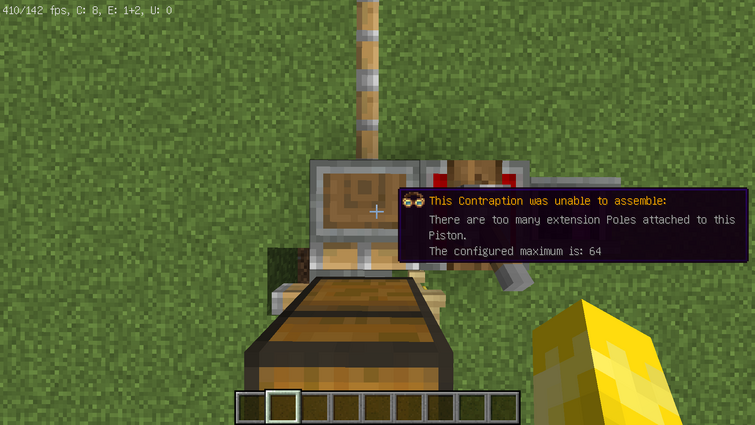 Yes. I mean that one. And yes. My skin is yellow. AND yes. I am a pikachu. Stop judging unless you have an answer. If you do, you may judge. I am being serious btw. How do I increase the limit of extension poles and other things like piston limits? Thank you! (side note: don't worry about my computer. It's bulky enough to handle 5 command blocks on repeat summoning e-dragons for a good minute before it drops below 30 fps. {pretty good, am I right?})

It's an automatic sugarcane farm, powered by a windmill. Under the water are hoppers to collect any loose sugarcane, and hoppers under the deployers too. 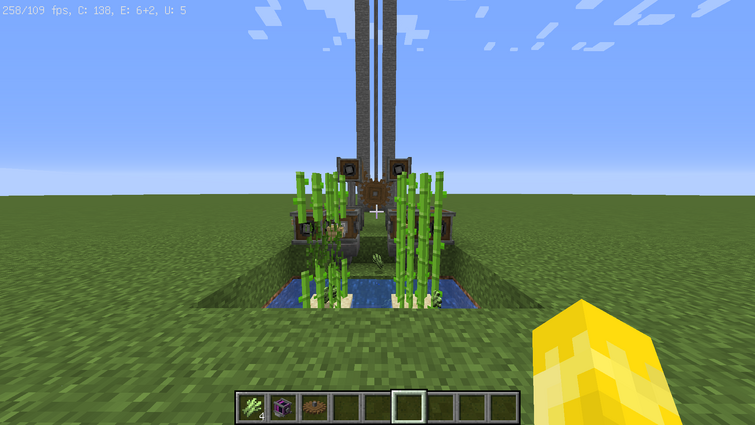